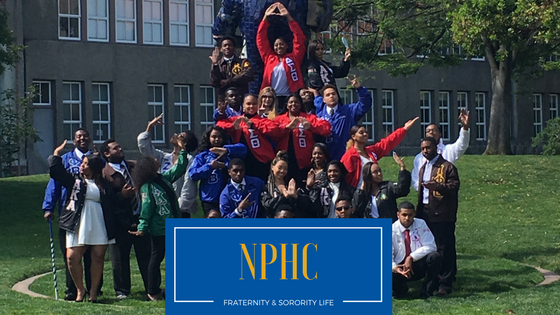 The National Pan-Hellenic Council (NPHC) is the coordinating body for the historically African-American fraternities and sororities at San José State University. Nationally, NPHC is comprised of nine organizations (5 fraternities and 4 sororities), and is known as the "Divine Nine." NPHC promotes interaction through forums, meetings and other mediums for the exchange of information and engages in cooperative programming and initiatives through various activities and functions.

Come out to learn the history, purpose, & mission of the chapters within the National Pan-Hellenic Council.  NPHC is composed of historically African American fraternities and sororities. NPHC Informational will give students the opportunity to learn about the 8 chapters established at SJSU which will be in person, live streamed, & recorded.

You’re invited to come and see the NPHC chapters showcase their organizations. NPHC is composed of historically African American fraternities and sororities. NPHC Meet the Greeks will have free food, music, and opportunities for students to learn about the traditions of our NPHC chapters.