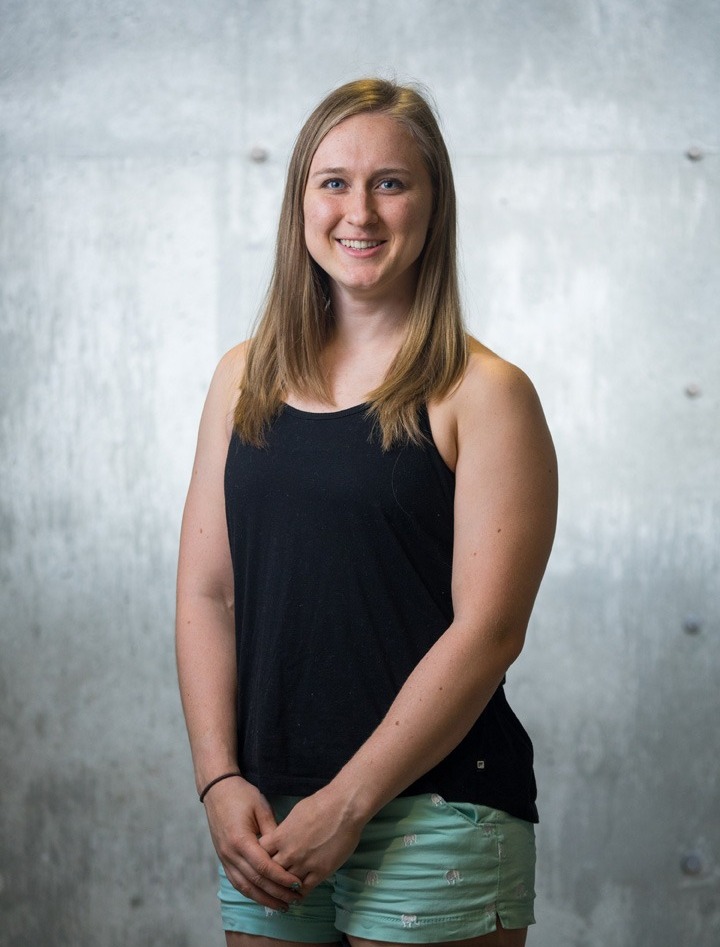 When I came to SJSU I wasn't sure what I wanted to major in. I had interests ranging from business to engineering to aviation. A family friend suggested that I look into becoming an actuary, which is ranked as one of the best jobs to have based on factors such as salary, job satisfaction, work and life balance, etc. The career sounded interesting but ultimately I picked to major in applied mathematics because it allowed me to study several fields including mathematics, business, economics, basic computer programming, and other general education classes. I also chose the major in hopes that dabbling in each subject would help me decide what career I would later like to pursue.

I feel that receiving this award would be a continual reminder to me that I can achieve more than I initially believed to be possible. Academics have always been a priority in my life. After a rough first semester in college, I was reminded that earning straight A's in college is a lot harder than in high school. I persevered by changing my study habits and worked hard to earn a 4.0 GPA. I've had semesters when I was short of a 4.0 because I had earned one A- rather than an A. At the time, I honestly didn't think I would become a President's Scholar before graduating. I felt discourage realizing that, as a STEM major, my classes would only continue to get harder every year in college. With a large workload and a busy schedule, earning top marks would become increasingly difficult. However, I noticed that once I started stressing less about academics I actually began earning higher grades. In the back of my mind I had always wanted to become a President's Scholar but I had to learn to stress less about academics to actually earn this award.

Who has had the greatest influence or impact on your life? In addition, tell us about a SJSU faculty member who contributed to your academic success.

It would be difficult to pinpoint only one person who has greatly influenced my life. I think everyone in my life influences who I am and who I strive to be. My family only wants what's best for me and encourages me to follow my own aspirations, not what others want me to do. My friends remind me that it's okay to relax and have fun every once in a while and not take life as seriously as I often tend to do.

As a member of the SJSU gymnastics team, my teammates and coaches have also had a large impact on my life. For the past four years, I've seen them almost every day of week. They've pushed me to become a better student, teammate, and person. I find it comforting that I can go to any one of my teammates (past or present) to seek help, advice, or encouragement. The competitive nature of gymnastics drives one to exceed expectations and strive past what was initially thought possible. My advisors, athletic trainers, and other SJSU athletic staff have also impacted my life by helping me meet the challenges in college both academically and physically. Having my coaches, teammates, and academic and athletic staff as a support system has definitely helped me excel in college.

For this occasion, I'm going to define academic success as enjoying the material I was taught in class. Three professors that stood out to me the most for making learning fun were Professor Jordan Schettler, Professor Dashiell Fryer, and Professor Gina Bacigalupi. Professor Schettler and Professor Fryer work in the math department. They radiate a passion for math which spreads to other students, and their interactive teaching styles make math easy to learn. Professor Fryer also knows how to liven up the classroom with his jokes (math related or not). Professor Bacigalupi works in the environmental science department. Her "Life on a Changing Planet" class was the first time I had learned about environmental science, which sparked my interest in the field. I'm thankful to have had professors who made my learning experience fun, interesting, and enjoyable.

Earlier this year, I hurt my knee which required me to get surgery a few weeks ago. I'm in my senior year of college so this injury concluded my 18-year athletic career as a gymnast. It was heartbreaking to accept that my life as a gymnast had ended with one tumbling pass that I had done hundreds of times before. This trauma gave me an opportunity to have a different role on my team; instead of contributing on the apparatuses, I helped motivate and encourage my team by creating confidence-boosting team exercises. My injury has also given me opportunities to seek new interests. I've started reading more, studying for the GRE in case I want to attend graduate school, and further exploring what I want to do as a career. This experience is still shaping who I am today but has reminded me to never take anything for granted, to live life with no regrets, and to make the most of any situation.

I recently saw a quote that said: "Everyone wants to be successful until they see what it actually takes." I would remind a student that, if they want to attain academic excellence, they need the put in the work that comes with excellence.

Also, I would remind students to find a subject that they are passionate about. Finding a subject that they can personally connect to will allow the learning process to become not only more exciting, but easier as well. Typically, students memorize material, regurgitate it on the test, and forget about it after (I have to admit that have sometimes been guilty of doing this). But I’ve realized that actually retaining the material has benefited me the most in the long run and allowed me to apply my knowledge to my field of interest. College is about learning and building your skills. I would advise students that the true purpose of college is not only to obtain knowledge, but also to build greater interest and experience in the field that they one day hope to pursue.

To me, Spartans are true warriors who fight for everything and never give up. I've fought to be a good student. I've fought through injuries to strive for my personal best in gymnastics and to be an important supporter of my team. Circumstances in my life have not always gone according to plan but it's been up to me to adapt, push through, and make the most of every situation. Spartans are fighters and I believe I'm a fighter.

"Alice is an athlete, gymnastics, as well as being an exceptional student."