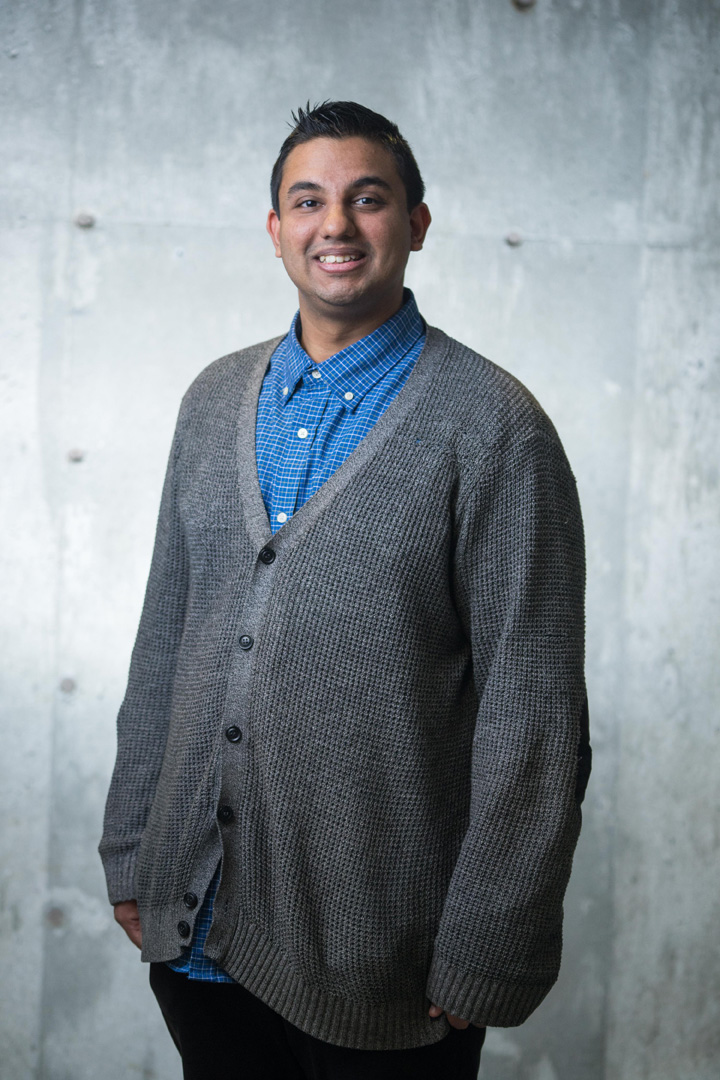 When I was initially admitted to San Jose State, I was accepted as an undeclared major. I had no idea what I wanted to do. Although, I knew that after I complete my undergraduate, I want to pursue law school. Doing something in the business department sounded viable to me. However, most business majors required principles of economics as a prerequisite. So, in my second semester of freshman year, I took principles of microeconomics with Dr. Ninos Malek. Prior to the course, I had believed that economics just revolved around the world of business. Soon after, I would learn that economics is more than just a social science, and the concepts and tools can be applied to everyday life. Professor Malek’s course really attracted me to the field of economics. We talked about controversial topics that you usually do not discuss in your courses. In addition, we were given different perspectives from what you get in your normal classes. A lot of the ideas in economics seem to be counterintuitive! Thus, in the fall I took him for principles of macroeconomics and shortly after decided it was time for me to declare myself as an economics major. Looking at my decision in the present day, it undoubtedly seems like I made the right choice. It is also worth mentioning economic majors are one of the highest scorers on the LSAT exam, so I guess in the end everything worked out.

Receiving the President’s Scholar award, allows me to reflect on the rigorous efforts I put into my classes. I usually have not won awards throughout my academic career. Although I did get Dean’s Scholar award last year, the award I was really chasing was President’s Scholar, which eluded me due to one grade! Anyways, before these two awards, the previous time I received anything for my academic efforts was in middle school. So, I am grateful to receive this award. More importantly, this accolade makes me acknowledge all the people who have helped me accomplish this achievement. Whether it be my fellow peers, professors, or family members, they have all played an essential role in allowing me to succeed.

Who has had the greatest influence or impact on your life?  In addition, tell us about a SJSU faculty member who contributed to your academic success.

I really cannot do justice to this question because there are so many people who have influenced me. To keep it simple, I would have to say my parents had the most significant impact on my life. By providing me with everything that I need to thrive, and giving me motivation, along with pushing me to higher levels.

In regards to an SJSU faculty member who has contributed to my success, I would like to give credit to Professor Mark Brady. I have had the opportunity to take Professor Brady for a total of four economic courses. He is a very accommodating professor and always willing to answer student’s questions. He often sends me links and resources that are very helpful in my studies. Not to mention I have had the chance to talk to him outside of class a few times and he has shown me he is a very insightful person. One of the things I have enjoyed about his classes is how he adds sort of historical analysis to the economic lessons we cover. I am also someone who really enjoys the subject of history. Which is kind of important since one can argue you need economics to understand history better.

Overall I would like to shout out the economics department for running such an amazing program. All the professors I have taken are very inspiring and want their students to succeed. Our Chairperson Dr. Haight is also a very generous, and a delightful person. It is quite apparent that she wants the best for the students in the department and is continuously creating opportunities for all of us to prosper.

I think one of the hardest things to deal with in life is failure or rejection. Well, in my senior year of high school I had received a lot of college rejection letters. I never really took high school seriously. I just put in the minimum efforts in my classes and was an average student. So, during that summer after I graduated high school, I had a lot of time to reflect back on the four years that I essentially wasted. I realized that I did not want my next four years in college to follow what had happened in high school. That is why I now always give it my best effort in all my courses. I try to be the best student that I can be. Fortunately, I can say that I was able to learn from the past and am now doing pretty good when it comes to the world of academia.

I hope the experience I discussed above at least encourages students a little to attempt to attain academic excellence. But even here in college, I have talked to graduating seniors who tell me they have a lot of regrets because they did not take their classes seriously. One of the most important things we have in life is time. Do you want to spend a few years studying hard and then being able to relax later on in your life? Or do you want to spend a few years having fun and working hard for the rest of your life? Economics teaches you that life is all about tradeoffs. I certainly think it is worth putting in the effort now so you can succeed in your classes rather than having that regret when you are close to finishing college. If you are having trouble, many professors are understanding and can provide you with resources to aid you. It is also a good idea to try to interact with your classmates as they can also be a source of help.

I think my ability to succeed in times of perseverance and get past events that hinder me make me a Spartan. If you ever ask any of my fellow Spartans who know me, they will tell you that I am always willing to help out others. But I also realize that it is also due to my peers that I have been able to reach success.

"Amar recently won 1st Place in the Economics Department Undergraduate Research Competition writing a paper entitled, 'Should Downtown San Francisco Implement a Congestion Pricing System Similar to London's?' He has impressed his instructors with his research and analytical skills. He is also a frequent participant in various department events."