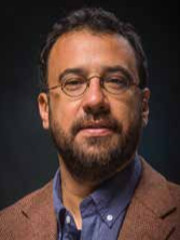 While my current research is historical in nature, there are contemporary connections.  Fifty years later, many of the social, cultural, and political issues that defined the movement are still with us today, both within the community and as a nation.  The songs of this period speak about social equity, historical consciousness, the question of immigration and the global impact of American policy.  It feels clear to me that twentieth century social movements continue to be substantial toward understanding our contemporary social, cultural, and political practices.

As a student, I saw my own experiences as a musician merge with my interests in Chicana/o history and Chicana/o music history in particular.  At the same time, I met a movement era musician, Francisco Gonzalez, and found myself diving into the practice of Mexican folk/traditional musics.  From learning his story, I wanted to hear more stories and music from the movement which ultimately led to my doctoral research.  In pursuing my own research, I found myself shaped by the scholarship of Yolanda Broyles-Gonzalez, Manuel Peña, and Americo Paredes.