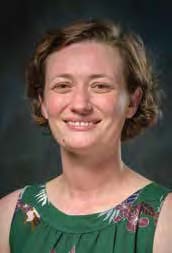 The primary question my research seeks to answer is, why are non-native species able to invade novel regions? Multiple species have been introduced abroad, but only a fraction of those become invasive. Species that become invasive cause a great deal of ecological harm to natural areas and are recognized as second only to habitat destruction for their negative impacts on biodiversity. I explore this question more specifically by examining the role that mutualistic interactions play in invasion, focusing particularly on the role that symbiotic nitrogen-fixing soil bacteria, called rhizobia, play in legume invasion. Rhizobia convert atmospheric nitrogen into a form that their plant hosts use, thereby providing plants with their own source of nitrogen. This relationship has been shown to benefit species that are invasive in multiple parts of the world. To better understand this relationship, as well as other mechanisms of invasion, I am setting up long-term research sites with Midpeninsula Regional Open Space District in areas experiencing legume invasion. I am examining how plant and soil communities respond to management of these non-native species. The goals of this project are to understand how legumes are able to invade natural areas, what their impact is on these areas, and to develop best management practice to reduce their further expansion. Multiple legume species have become highly invasive around the globe, outcompeting native species and causing ecological harm. It is thus of paramount importance that we understand the mechanisms that allow them to invade and use this information to clarify drivers of plant invasion.

Invasive species are recognized as the second largest threat to biodiversity following habitat destruction. However, researchers are still in the process of understanding the impact these species have on native ecosystems and the threat they pose to native biodiversity and ecosystem functioning. Functioning ecosystems provide a plethora of instrumental services that we rely upon, including clean water, clean air, nutrient cycling and more. When we lose native biodiversity, especially through the invasion of non-native species, ecosystems are thrown out of balance, and consequentially function less effectively; resources we rely upon for our own survival become degraded and/or limiting. My RSCA Agenda addresses three primary current issues. First, my RSCA illuminates understanding of the impact invasive species have on native biodiversity, which can inform methodologies to deter further invasions. Humans are the primary vector of transport and introduction of invasive species and my knowledge shared with the broader public can help deter the continued introduction and spread of these detrimental species. Second, my RSCA examines and helps clarify the complex ecological interactions that occur between species living above and belowground. Third, my RSCA bridges the gap between research and land managers, communicating scientific findings to land managers restoring habitat and controlling invasive species. My RSCA Agenda aims to address species invasions in an effort to improve success in ecological restoration and to offset the detrimental effects humans have on natural environments.

One of my first experiences to influence my RSCA areas was working as a Seed Collection and Volunteer Outreach Intern at the Marin Headlands Native Plant Nursery, which is part of the Golden Gate National Parks Conservancy. This role allowed me to learn about habitat restoration while working on the ground to identify and grow native species to restore areas impacted by human disturbance. This first-hand experience inspired me to pursue my graduate degree, during which I had multiple influential courses, experiences, and people who inspired me. One course that was particularly influential was a plant taxonomy course with the Organization for Tropical Studies. This was an intensive course in Costa Rica where I learned about plant taxonomy and ecology along with fellow plant enthusiasts. My masters and PhD advisors, Dr. Hallie Dozier and Dr. Kyle Harms were also extremely influential in helping me shape my research agenda. During my PhD I worked with Dr. Peter Thrall and Luke Barrett in Australia at the Commonwealth Scientific Industrial Research Organisation. Their guidance was invaluable as I focused my research on acacias and rhizobia. I have always had a love for nature and sought ways to be involved in its protection. In elementary school we were tasked to pull French broom from the open space behind the school yard, and I often think this early exposure to non-native legumes planted the seed for my future RSCA.