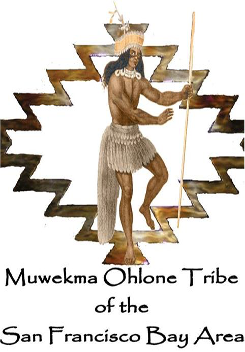 Click on the selected words below to hear an example of how to pronounce each linked word.

The Land Acknowledgement for Special Programs and Events can be found on page 2 of this document or this Google Slide document.

We would like to begin (this program/event) by recognizing that while we gather at San José State University, we are gathered on the ethnohistoric tribal territory of the Thámien Ohlone, who were the direct ancestors of the lineages enrolled in the Muwekma Ohlone Tribe, and who were missionized into Missions Santa Clara, San Jose and Dolores.

The lands on which San Jose State University is established was and continues to be of significance to the Muwekma Ohlone Tribe. We also recognize that the ancestors of the Muwekma Ohlone constructed and maintained the three Bay Area missions. Our campus extends to surrounding areas that held a tuppentak, a traditional roundhouse which were once located at the historic ‘Lopé Yñigo’s Landgrant Rancho Posolmi y Pozitas de las Animas (Little Wells of Souls), and also Marcello, Pio and Cristobal’s Landgrant Rancho Ulistac, which were places of celebration and religious ceremonies, as well as nearby ancestral heritage “shellmounds,” that served as the Tribe’s traditional cemetery sites and territorial monuments.

San Jose State University also desires to honor the military service of the Muwekma men and women who have honorably served overseas during World War I, World War II, Korea, Vietnam, Desert Storm, Iraq and who are still serving in the United States Armed Forces today.

The Land Acknowledgement for Website Postings can be found on page 1 of this document or this Google Slide document.

The San José State University community recognizes that the present-day Muwekma Ohlone Tribe, with an enrolled Bureau of Indian Affairs documented membership of over 550, is comprised of all of the known surviving American Indian lineages aboriginal to the San Francisco Bay region who trace their ancestry through the Missions Santa Clara, San José, and Dolores, during the advent of the Hispano-European empire into Alta California; and who are the successors and living members of the sovereign, historic, previously Federally Recognized Verona Band of Alameda County.

Furthermore, the San José State University community recognizes that the university is established within the Thámien Ohlone-speaking tribal ethnohistoric territory, which based upon the unratified federal treaties of 1851-1852, includes the unceded ancestral lands of the Muwekma Ohlone  Tribe of the San Francisco Bay Area. Some of the enrolled Muwekma lineages are descended from direct ancestors from the Thámien Ohlone tribal territory whose ancestors had affiliation with Mission Santa Clara.

The San José State University community also recognizes the importance of this land to the indigenous Muwekma Ohlone people of this region, and consistent with our principles of community and diversity strives to be good stewards on behalf of the Muwekma Ohlone Tribe whose land we occupy.

Give to the Office of Diversity, Equity, and Inclusion Fund

Sign up for the Office of Diversity, Equity, and Inclusion Newsletter!