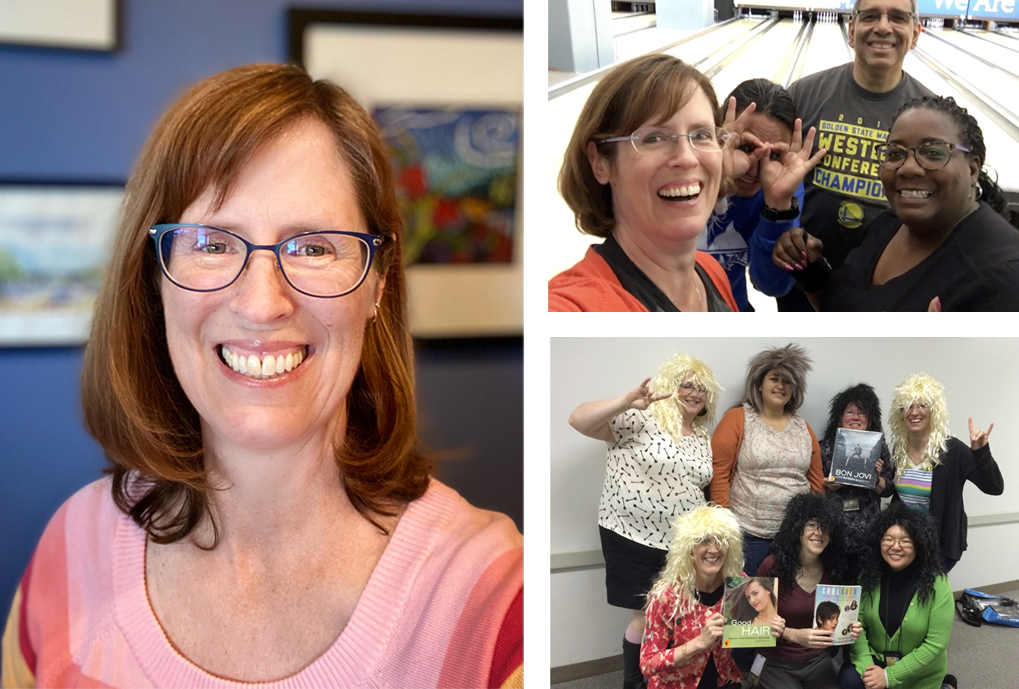 I was a stay-at-home mom for 10 years, and when my youngest was nearing kindergarten age, I decided I wanted to go back to school to get a master's degree in library and information science so that I would actually be employable by the time both kids were in school.

Conveniently, there was a great MLIS program right here in San José, at San José State! During my time as a student, I did two internships at the King Library, which I really enjoyed. After I graduated in 2010, I started working in the library at Foothill College, but about a year later, one of my former mentors from the SJSU Library, Tina Peterson, emailed me that the library was hiring part-time librarians. I jumped at that opportunity because I loved the King Library, the work sounded more interesting, and frankly, the commute was a lot shorter!