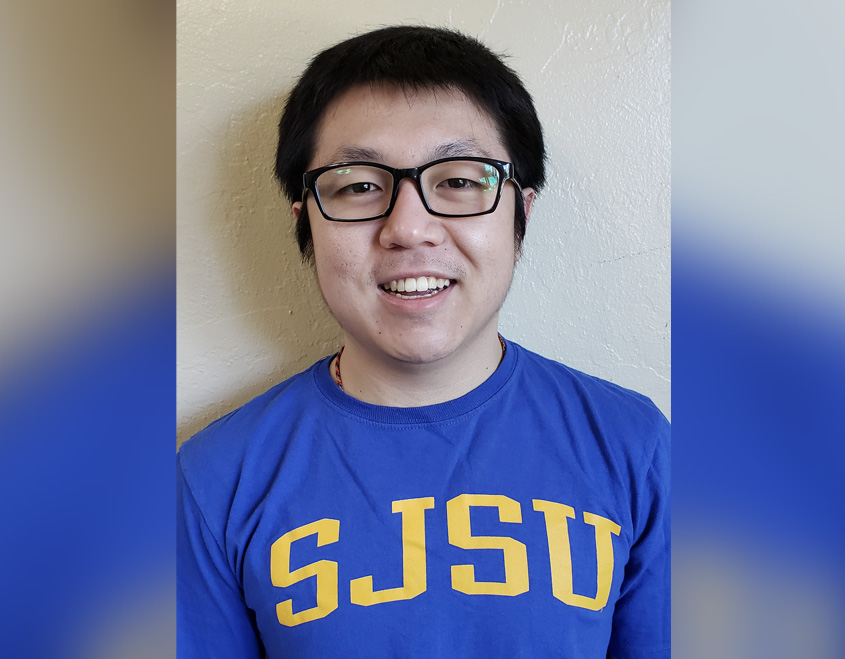 One day, while riding the bus to campus, Tommy Wen Chin, ‘22 Physics, discovered his love for quantum physics.

“I was reading about symmetry in physical laws — a principle that underpins quantum physics. It struck me how conservation laws and physical symmetries, two fundamentally different concepts in physics, are mathematically the same,” Chin explained.

“That is the most beautiful feature of nature that I’ve come to appreciate so far in my life. I was in awe as I exited the bus at my stop. That next semester, I took my first quantum physics course.”

“My parents only expected the best version of myself — never the best among others. When I was 15, the peace and happiness in my family shattered when my dad passed away from a stroke. It was then that I first realized our scientific knowledge of nature is incomplete.

“Filled with ambition, I immigrated to the United States alone. I lived with my uncle in San Bernardino, California, while completing 12th grade at a local high school.”

But over time the relationship with his uncle’s household became toxic and abusive, he shared. School became his escape from it all, and he poured everything he had into academic success — eventually earning a 4.0 GPA.

“When applying to college, I was confused as to how the application process would work — especially how I would explain my foreign transcript to the admissions committee. Unlike the other universities I applied to, San José State had an undergraduate admissions team that was extremely accommodating. They reached out to work things out with me. This is a great display of SJSU’s commitment to diversity and inclusion, which made my decision to come to San José State really easy.”

Chin knew he liked physics before he came to SJSU, but he lacked the confidence to pursue it as a major. So he chose to study aerospace engineering at first.

But he couldn’t escape his passion, especially in his physics classes, where he often felt “suspense in between lectures and demonstrations, like it was a theatrical experience.”

Combine that with a conversation with Liam Stanton, assistant professor of mathematics and statistics, after Chin’s math class one day.

“Dr. Stanton asked about my interests and goals, and he gave me the courage that I had been longing for to pursue physics. Every day since then, I have been very grateful for the opportunity to pursue what I truly love.”

Thanks to support from Christopher Smallwood, assistant professor of physics and astronomy, Chin applied and was accepted to the Cal-Bridge program, funded by the National Science Foundation, which prepares historically underrepresented students from the California State University system for doctoral programs in physics and astronomy at University of California campuses.

Even at the undergraduate level, Chin is in the lab. He’s helping Smallwood unearth secrets of quantum physics by studying atom-sized flaws in diamonds — experience that will help prepare him for a PhD and a career in academic research.

“The opportunity to learn something new in physics is what drives me,” Chin said. “The process of research projects often involves learning bits and pieces of the physics here and there. The most interesting and exciting part for me is when all these little pieces fit together seamlessly and tell a cohesive story.”