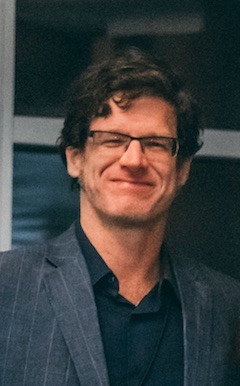 BACKGROUND:
Robert is a lecturer in Political Science and Public Administration and writes about the politics of the labor movement, work, and the crisis of capitalism at the turn of the 20th century. He has a Ph.D. from the University of Texas-Austin.

Robert has worked in politics and as a public policy advocate. He worked as an aide for two members of the Texas legislature, was the executive director of the NGO Seaflow, and has worked as a campaign director and policy advocate for other non-government organizations on debt, development, human rights and ocean conservation issues. Robert led a team that successfully lobbied the United Nations Law of the Seas Convention to implement the first global protections for endangered marine species from industrial fishing. he has also run for the board of trustees for a local school and community college district.

Robert recently published his first book When Workers Shot Back: Class Conflict from 1877 to 1921 (Brill 2018 and Haymarket 2019). His second book will be Workers’ Inquiry and Global Class Struggle: Strategy, Tactics, Objectives (forthcoming Pluto, 2021) and he is writing his next book on the US constitution (forthcoming 2021). Robert does research on strike threats in the US. His writings have also been published in two books in three languages.

Robert’s writings have been published in a number of academic, mainstream and alternative media as well as by the United Nations and several NGOs for which he has worked. He has appeared on NPR, CNN, Air America, BBC, and KPFA and in the Los Angeles Times, Chronicle of Higher Education, ROAR, In These Times, Z Magazine, The Ecologist, Canberra Times (Australia), Orlando Sentinel, San Francisco Chronicle, South China Morning Post (Hong Kong), UPI, Critical Sociologist, Arbeit Bewegung Geschichte, Monthly Labor Review, Journal of Labor and Society, Work, Organisation, Labour & Globalisation, Labor Studies Journal, Journal of Marine Policy, Notes From Below, Ebb Magazine, Organizing Work, Portside, and Capital & Class, among others. A list of his publications can be found here. Robert is a member of the editorial board of the Journal of Labor and Society.

Robert lives in the woods of Marin County. He loves to ride his bike, bake, listen to LPs, play local pick up games, and cheer at his daughter’s basketball games.