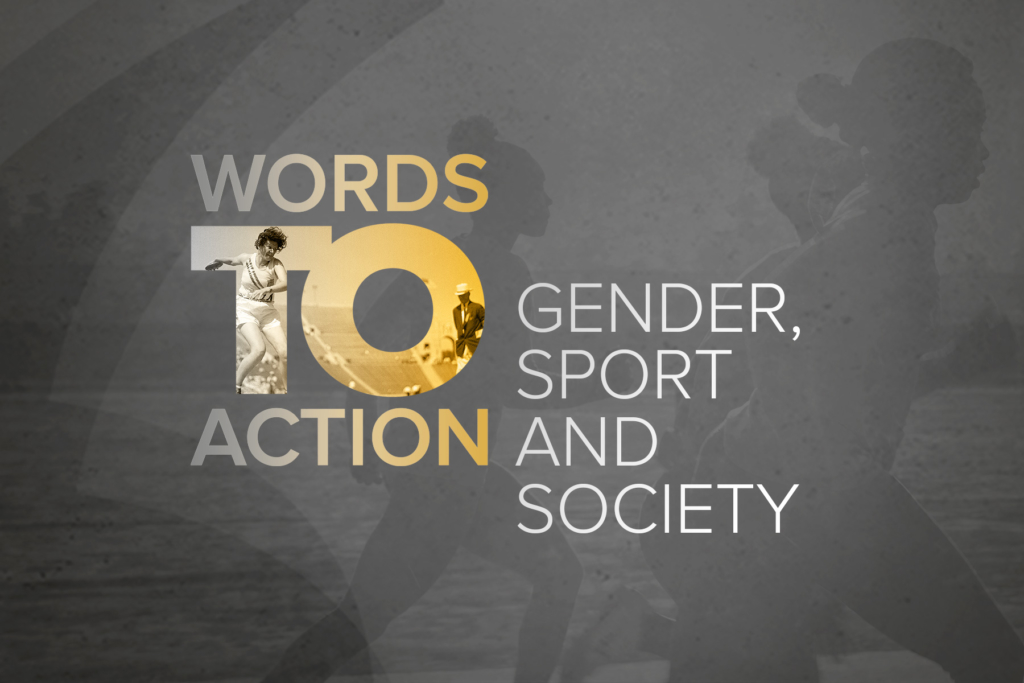 San José State University’s Institute for the Study of Sport, Society and Social Change hosted Words to Action: Gender, Sport and Society, a special event featuring some of the leading voices for gender equity and women’s rights in the sports world.

Taking the Field—Trailblazers in Sport

Beyond the Field—Opportunity and Empowerment

Set the Expectation: A Conversation

Brenda Tracy turned surviving personal trauma into a public call for action. She is the lobbyist, nurse, mother and advocate behind Set the Expectation, a campaign that educates the public about the impact of sexual violence. Thanks in part to her testimony, Oregon has passed two laws designed to protect victims of sex crimes. She will be in conversation with Nancy Hogshead-Makar.

About the Speakers and Panelists

Ruthie Bolton
Two-time Olympic gold medalist and a former member of the Women’s National Basketball Association’s Sacramento Monarchs team (1997-2004). A 2011 inductee into the WNBA’s Hall of Fame, Bolton is a survivor of abuse and has become a public advocate in the fight against domestic violence.

Karen Brodkin
Executive vice president of content strategy and partnerships at WME/IMG Worldwide. Formerly an executive at Fox Sports Media Group, Brodkin helped launch the Big Ten Network and Fox Sports 1. She chairs the Los Angeles Sports Council board and is on the board of L.A. Family Housing.

Harry Edwards, ’64 Sociology, ’16 Honorary Doctorate
Professor emeritus of sociology at the University of California at Berkeley and founder of the Olympic Project for Human Rights. Author of The Revolt of the Black Athlete, Edwards is considered to be the father of the sociology of sport.

Ann Meyers Drysdale
Basketball Hall of Famer and first woman to receive a four-year college athletic scholarship from UCLA. The award-winning broadcaster, Olympic medalist and recipient of the NCAA Silver Anniversary Award (2003) is vice president of both the Phoenix Suns and the Phoenix Mercury.

Danielle Slaton
Sideline reporter for the San Jose Earthquakes and former soccer analyst for Fox Sports and the Big Ten Network, played for the Women’s United Soccer Association and the U.S. Women’s National Team, earning a silver medal at the 2000 Olympics and bronze in the 2003 FIFA Women’s World Cup. Her father, Frank Slaton, ’71 Physical Education, was a member of SJSU’s famed Speed City team.

Katie Sowers
Seasonal offensive assistant coach for the San Francisco 49ers. Formerly the athletic director of Kansas City Titans, Sowers was a member on the 2013 U.S. Women’s National Football team and played in the Women’s Football Alliance for eight years. She is the NFL’s first openly gay coach.

President of the International Women’s Baseball Center and professor of women’s sport history at Marshall University. Author of The All-American Girls After the AAGPBL: How Playing Pro Ball Shaped Their Lives, Williams hopes to build an educational center and museum dedicated to women’s baseball in Rockford, Illinois.