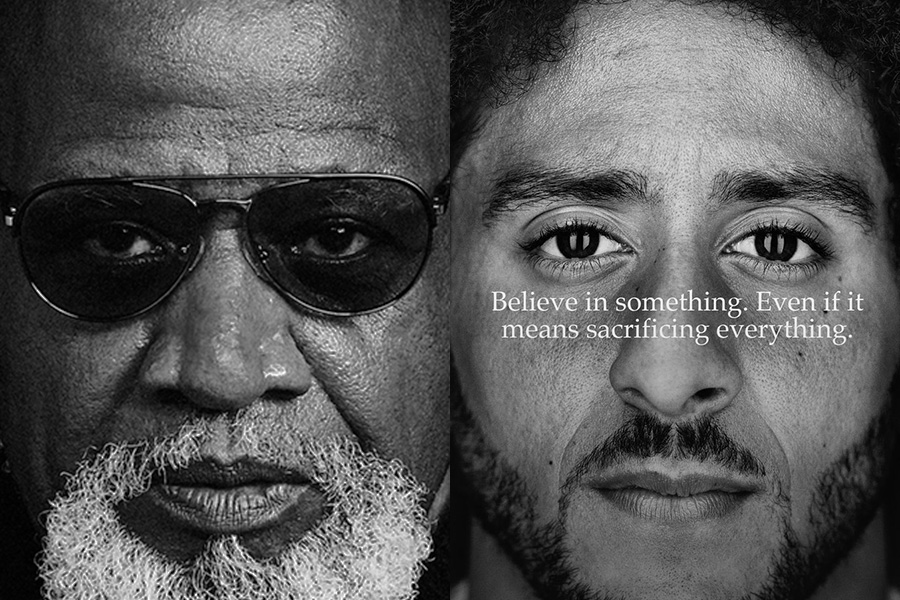 The Institute for the Study of Sport, Society and Social Change has received numerous requests for a statement, and for thoughts from Dr. Harry Edwards, on the new Nike ad campaign featuring Colin Kaepernick:

I am both deeply moved and inspired by NIKE’s promotion of the words and image of Colin Kaepernick as part of its 2018 marketing campaign. Nationally, with our democratic values and principles increasingly being called into question, with the viability of our societal institutions challenged by political, economic, and demographic divisions, and with national leadership seemingly unable to ethically and efficaciously guide the nation, your demonstrable corporate commitment to projecting a positive and progressive profile in the tradition of who we Americans are as a diverse people and what we stand for as a democracy is both timely and exemplary. This nation has long been great – the enduring quest is to MAKE AMERICA GREATER, to persist in our efforts to contribute toward forming that ‘more perfect union,’ to continue fighting the good fight, especially in difficult times. Thank you NIKE for taking a corporate leadership role and a progressive stand on the right side of history in this enduring American struggle.

As San Jose State and its Institute for the Study of Sport, Society and Social Change prepare to celebrate the 50th anniversary of the silent protest of Tommie Smith and John Carlos on the medal stand at the 1968 Olympics, we recognize the significant impact athlete activists can have on sport and society. Emerging corporate partnerships featuring athlete activists represent another challenge to traditional notions of the role of sport in society. Through our research, programming and educational efforts, our institute members and affiliates will continue to engage with athlete activism and other critical