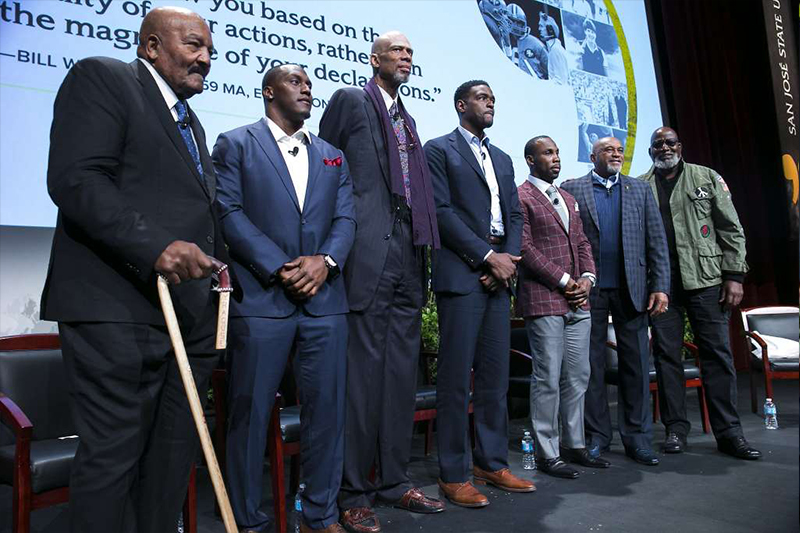 SJSU held a star-studded town hall meeting to celebrate the launch, featuring panel discussions by athletes and management from the NBA, NFL, NHL and the Olympics at the Hammer Theatre Center on campus.

The two icons stars joined a group of athletes including legendary Tommie Smith, known for his gloved fist at the 1968 Olympics.

Edwards, who went on to teach sociology at SJSU and for 30 years at the University of California at Berkeley, inspired the institute.

“SJSU has historically been at the forefront of social justice issues, and there is no better place for that work to be undertaken, and no better time for us to begin than right now,” Edwards said.

At a news conference after the meeting, Smith and other top athletes, along with Edwards and Jocelyn Benson, CEO of the Ross Initiative in Sports for Equality, discussed unity and social justice activism under the new administration. 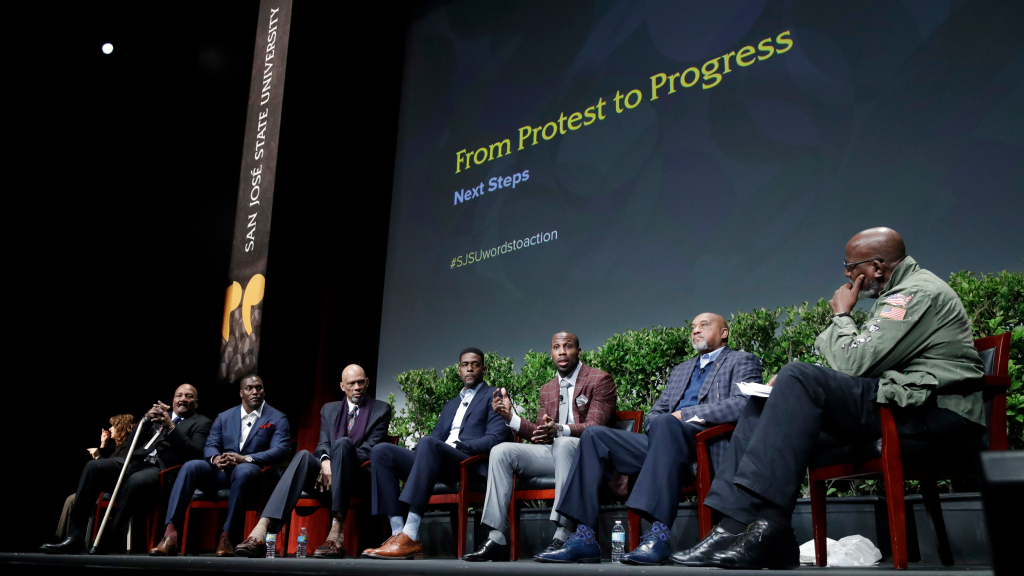