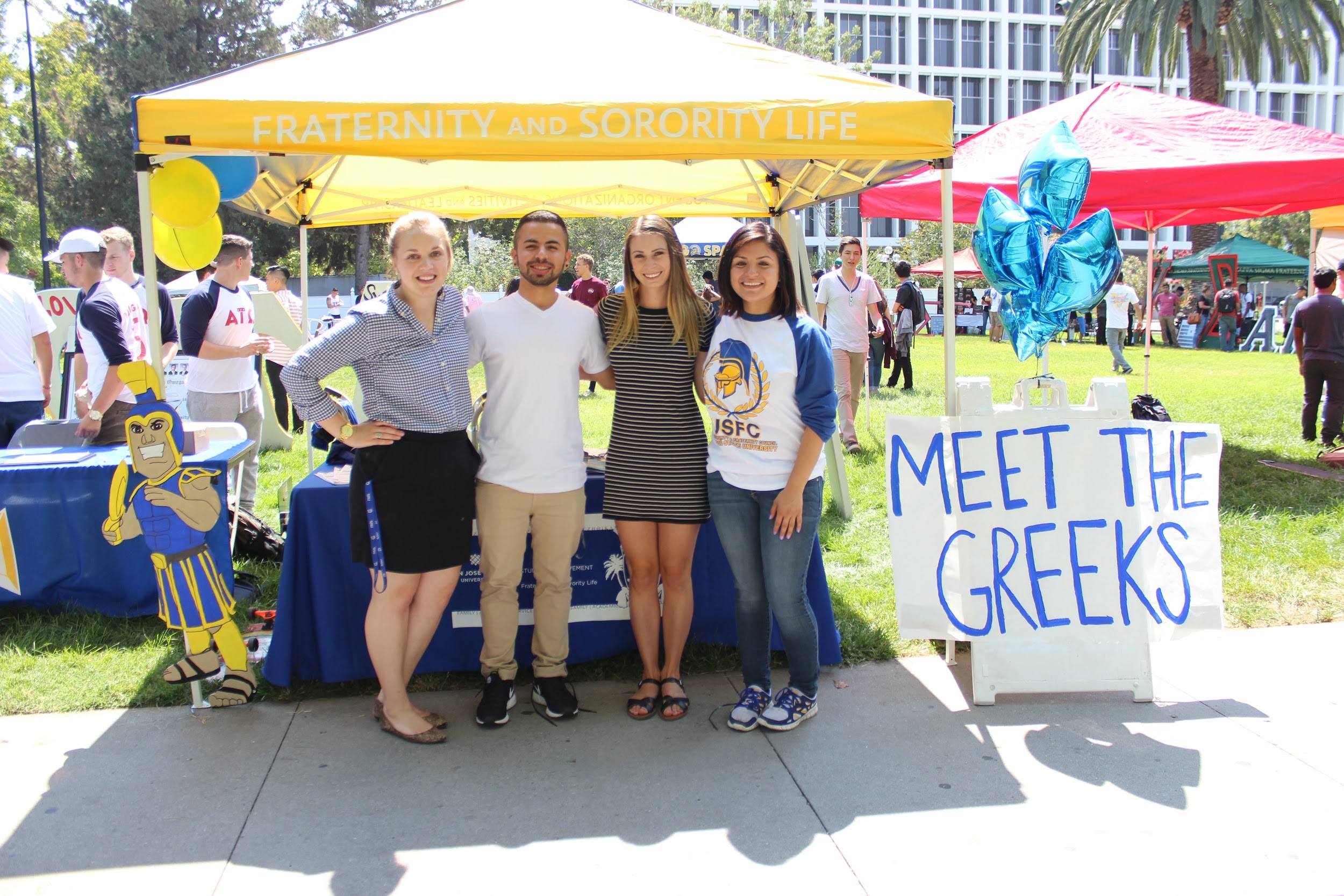 Students have the opportunity to join men's fraternity or women's sorority at San José State University through formal and Informal recruitment, which is overseen by Student Involvement staff at the beginning of each Fall and Spring semester, depending on the governing council.

Panhellenic Council (PHC) sororities only conduct formal recruitment in the Fall, but do recruit occasionally in the Spring, if needed.

Traditionally, National Pan-Hellenic (NPHC) and United Sorority and Fraternity Council (USFC) fraternities and sororities recruit in the Spring, but a few of their affiliated organizations recruit in the Fall.

All recruitment periods are substance-free, meaning that no chapter (regardless of whether they are recruiting or not) may host or participate in a recruitment event where alcohol and other drugs are being used.

Being part of a fraternity or sorority can be one of the most rewarding experiences a student can have while at college. Unfortunately, there are some groups that are not affiliated with the University that utilize the enticement of this experience to recruit student members. We strongly discourage students from attending events or affiliating with any group that is not officially recognized by SJSU.

Furthermore, the following chapters have been EXPELLED or NEVER RECOGNIZED by San José State University or their national office for hazing, violence, or inappropriate chapter management practices, or have Cease and Desists issued against them, within the past few years and are not recognized: