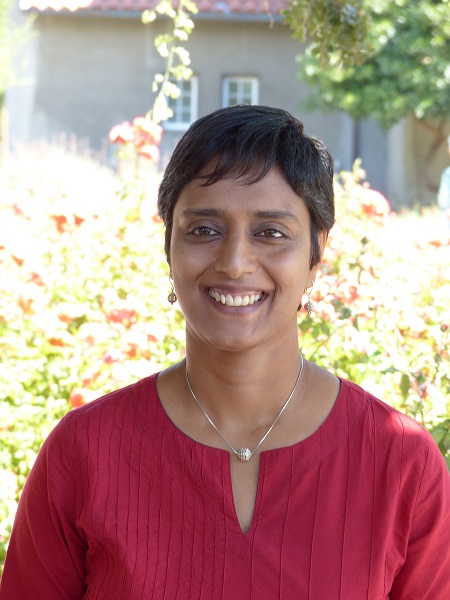 BACKGROUND:
Dr. Karthika Sasikumar earned her Ph.D. from the Government Department at Cornell University in 2006. Her dissertation explores the interaction between India and the international nuclear nonproliferation order. Since then, her research has focused on the emerging global counter-terrorism regime.

Before coming to SJSU, Dr. Sasikumar was a Program Associate at the American Academy of Arts and Sciences, and an Associate in the International Security Program at Harvard University's Kennedy School of Government, both in Cambridge, Massachusetts. She has also been a Postdoctoral Fellow at the University of British Columbia's Liu Institute for Global Issues in Vancouver, and a Predoctoral Fellow at the Center for International Security and Cooperation, Stanford University. She received M.A. and M.Phil. degrees from Jawaharlal Nehru University, New Delhi .

Her theoretical interests are in International Relations theory, international regimes, global security, and media and discourse, while her regional interests are in South Asia (India and Pakistan) and Southeastern Europe (former Yugoslavia). Her current research projects deal with the adoption and adaptation of deterrence theory in South Asia, the implications of a 'renaissance' in nuclear power, and civil-military relations in nuclearizing countries. She strives to bring examples from contemporary politics into the classroom and enjoys engaging in dialogue and debate with students.