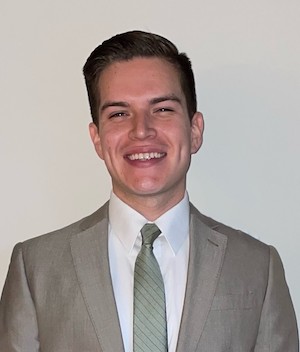 At CSUSB, Bergee studied abroad with the Oxford Study Abroad Programme taking courses in International Relations and Anglo-American Conservatism, as well as a Tutorial on modern political thought during the summer of 2017. In the summer of 2019, he studied abroad at the American School of Classical Studies at Athens, taking graduate summer seminars in Ancient Greek political thought, history, and archeology.
Bergee has one publication, a short essay on the Lincoln-Douglas Debates of 1858 and its relation to modern slavery. His academic interests lie in American politics and the history of political thought. His non-academic interests include playwriting, hiking, and swimming.