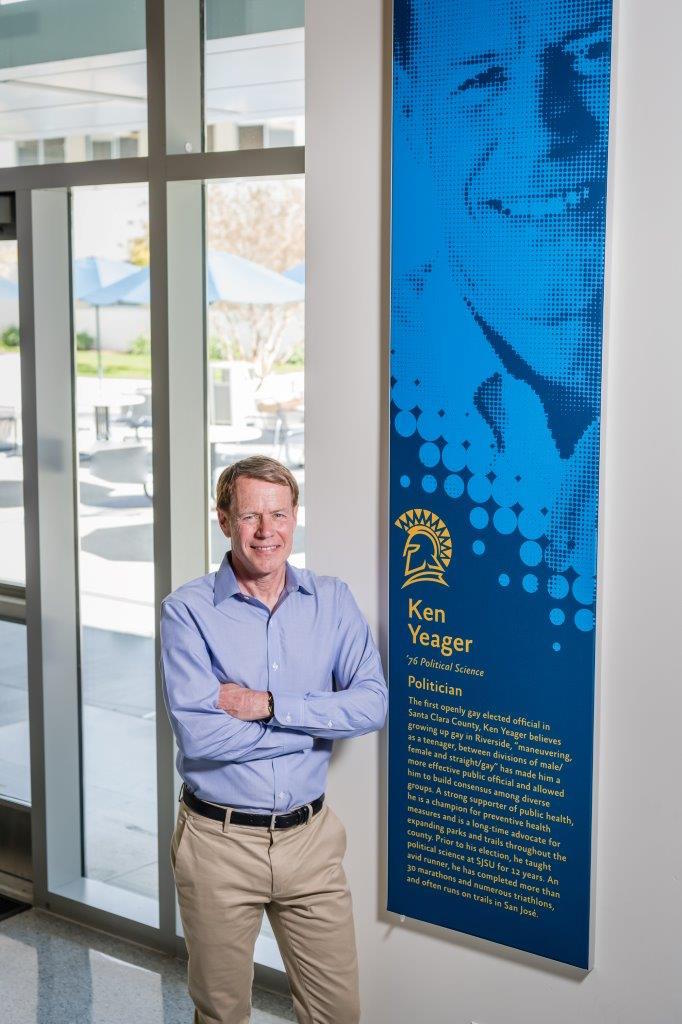 BACKGROUND:
Ken Yeager earned a B.A. in political science from San José State University and an M.A. in sociology and a Ph.D. in education from Stanford University. Prior to his public service career, he taught full time in the Political Science Department at SJSU for 12 years.

Ken was the first openly gay elected official in Santa Clara County. He was first elected to public office in 1992 as a Trustee of the San José Evergreen Community College District and served for two terms from 1992-2000. He then served for served six years on the San José City Council–first elected in November 2000 and re-elected to a second term in 2004. Two years later, Ken was elected to the Santa Clara County Board of Supervisors where he served as Board President in 2010 and 2013. He served for a total of 12 years finishing his last term in 2018.

Besides holding elected office, Ken has completed the Senior Executives in State and Local Government Program at the John F. Kennedy School of Government at Harvard University, as well as the Ethics in Public Service Program sponsored by the Josephson Institute of Ethics. He has chaired the San José City Council’s Blue Ribbon Task Force on Ethics, Caltrain Joint Powers Authority Board, Valley Transportation Authority, Health and Hospital Committee, and FIRST 5 Santa Clara County.

Ken has published two books: Trailblazers: Profiles of America’s Gay and Lesbian Elected Officials, Child Care and Electoral Politics at the Local Level. He has also published two personal political memoirs; The Long Struggle for LGBTQ Equality in Santa Clara and Battle Against HIV/AIDS: A Look Back at the first Decades of the Santa Clara County Experience including dozens of periodicals in The Mercury News.

He is an avid runner, cyclist, and fitness enthusiast. He has completed over 33 marathons, numerous triathlons, and dozens of obstacle course races all over the Country. More recently, Ken completed the 545-mile San Francisco to Los Angeles AIDS/LifeCycle ride.