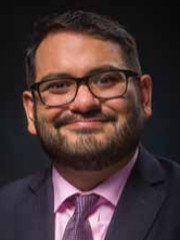 My research explores the Bracero Program, a bilateral initiative that allowed Mexican men to work in the U.S. as seasonal contract laborers between 1942 and 1964. I examine how the Mexican government recruited and selected guest workers, and what factors influenced individual decisions to migrate. I am currently drafting a book manuscript tentatively titled Abandoning Their Beloved Land: The Politics of Bracero Migration in Central Mexico.

I became interested in my research topic because I am the grandson of a bracero and the son of formerly undocumented immigrants from Michoacán, the Mexican state that sent the second most braceros to the U.S.