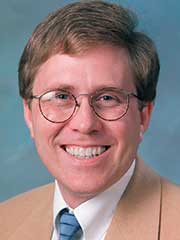 I continue to be absorbed in reading the secondary literature surrounding all the new (to me!) authors I teach in the Humanities Honors program, where I have to be prepared to teach in many areas that are widely divergent from my political theory preparation. In the last cycle through that program, I prepared to teach the following subjects which were new to me: Egyptian poetry, the Bhagavad Gita, Virgil, Anselm, the Tale of Genji, John Calvin, pre-Columbian America, Progressivism, and Tolstoy. History, literature, religion—reading widely in these fields has enriched my understanding of political theory, and I now see my specialty in a new and much richer context than I ever did when focusing more narrowly on getting articles published. For example, it was through the Honors Program that I really encountered WEB DuBois for the first time, and since then I have taught him in my political theory courses.

Most recently I have adapting DuBois’s theory of higher education to a critique of online learning. It is my position that the sociology of the classroom is a vital part of the learning process for most forms of knowledge that we social scientists pursue, and we delude ourselves and our students when we pretend otherwise.

That one is easy, too. It is knowing my students and answering their questions. When I arrived at SJSU I was in love with political theory in a kind of abstract, disembodied way. I found that the task of explaining these ideas to my students put them (the ideas) in an entirely new light. So many of my students worked at repetitious, boring jobs, and they understood Marx’s theory of alienation far better than the students I TA’d at Princeton. You do not really understand an idea until you have to explain it in clear terms to others, and my students helped me to dramatically contextualize and understand these ideas in ways I had not before.

When I was an undergraduate at Stanford, I was very interested in politics, in history, and in literature and had a hard time deciding which academic field to pursue. I came under the spell of a truly great teacher of political theory—Nannerl Keohane. I realized that the study of political theory combined the best elements of all of these fields—I did not know it at the time, but it was what later became known as an interdisciplinary pursuit. Nan was a brilliant classroom teacher who seamlessly wove those three fields together in an eclectic but highly organized manner, and I knew what I wanted to do. Nan left to become President first of Wellesley and later of Duke, but never gave up her teaching during her career in academic administration—something else I admire about her.