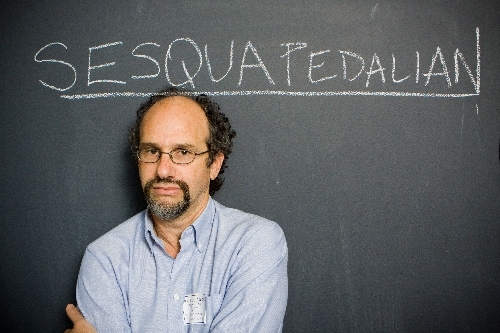 A reception will be held for Schreiber on Dec. 1 beginning at 4:30 p.m. in Dwight Bentel Hall room 117 followed by the Hearst Awards Ceremony at 7 p.m. Dec. 1 in Sweeney Hall room 100.

“We are honored to have Brad Schreiber as our Hearst recipient,” said Phylis West, director of the School of Journalism and Mass Communications. “We are particularly honored because Brad graduated in journalism in the Bay Area and he is a highly accomplished journalist and highly regarded nonfiction author.”

Schreiber has authored books on the music industry including “Music is Power: Popular Songs, Social Justice and the Will to Change” and “Becoming Jimi Hendrix: From Southern Crossroads to Psychedelic London, the Untold Story of a Musical Genius.” The latter was selected for the Rock and Roll Hall of Fame Library.

Schreiber also authored “Revolution’s End: The Patty Hearst Kidnapping, Mind Control and the Secret History of Donald DeFreeze and the SLA.” The book was awarded both the International Book Awards and the Independent Publisher Book Awards.

He wrote the animated feature film “Jungle Shuffle,” featuring the voices of Alicia Silverstone and Rob Schneider. Schreiber created the nonfiction TV series “North Mission Road,” based on the book “Death in Paradise,” which ran six seasons on Court TV. He also wrote the pilots “Rock and Roll Detectives” and “Robotica.”

Schreiber has also written for Daily Variety and political commentary for the Huffington Post, for which he was honored by the Los Angeles Press Club. He was a columnist for the L.A. weekly Entertainment Today, where he was awarded a fellowship to the National Press Foundation in Washington D.C.

Schreiber was given a residency from the Edward Albee Foundation for his play “Rendezvous.” It was produced, along with his plays “Pearl” (which he directed) and “Bunny vs. Hunter” at the Bay Area Playwrights Festival, where he also was in the Playwrights Practicum with Sam Shepard.

Schreiber co-founded the San Francisco Playwrights Center, where he had numerous play readings and acted in and directed the work of other playwrights. “Express Lane” was given an award and produced at the Stages Theatre Festival in Dallas.

He co-founded the Theatre of Note in Los Angeles, which produced both “Pearl” and “Sunshine Sermonette.” Schreiber performed in and later directed Stephen Feinberg’s “Caveat Emptor.” His first play, “Leaps and Boundaries,” was honored by the California Writers Club.

Schreiber was a multimedia consultant for the Fountain Theatre for the world premiere of “What I Heard about Iraq.” Adapted by director Simon Levy from Eliot Weinberger’s essay on inaccurate reportage of the Iraq War, the production ran six months in Hollywood and won Fringe First awards at the Edinburgh and Adelaide Fringe Festivals.