In the air, on rails, or on the road, SJSU researchers are looking to the future. 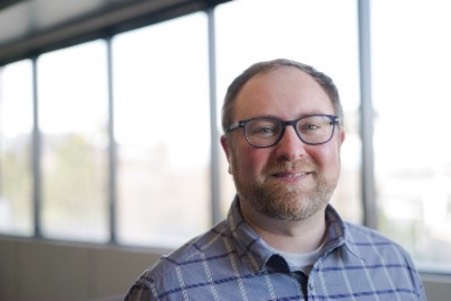 Cooperative agreements between SJSU research personnel and NASA scientists are exploring an array of technologies in the transportation sector, specifically those technologies that improve the efficiency and safety of air and space travel. Professor Emeritus of Psychology Kevin Jordan led these programs for more than two decades. In 2015, Associate Professor of Psychology Sean Laraway, transitioned to Project Director for the current cooperative agreement.

Throughout the history of these agreements, accomplishments have been prolific.

The team’s work contributes to the design of systems that improve human-computer interaction and the development of measures to support human performance in aircraft and spacecraft systems. Researchers develop flight-deck interactive systems, displays, and operations that improve crew performance. They also address the integration of unmanned aerial vehicles (“drones”) into the national airspace to ensure safe operation.

The SJSU research teams include students from the Research and Experimental Psychology and Human Factors/Ergonomics master’s programs. These students gain hands-on training and work closely with NASA scientists. After completing their studies at SJSU, many go on to Ph.D. programs. Others pursue full-time careers in industry or with government agencies, including NASA. 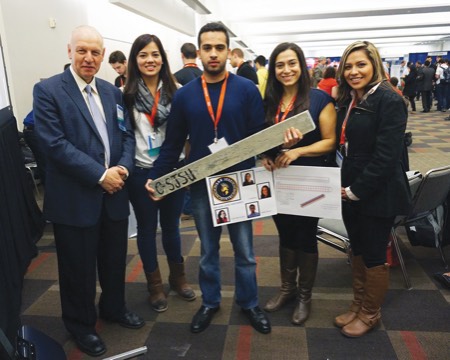 The next time you cross a concrete bridge, think of SJSU professor Akthem Al-Manaseer and his students. Funded by a grant from Caltrans, they will spend a good part of 2016 studying several bridges in California to determine their “strength reserve capacity,” that is, the amount of future load the bridge can support above its initial design load.

Dr. Al-Manaseer’s research focuses on concrete – its composition, its strength, and its longevity. He has invented several devices for testing the properties of fresh and hardened concrete, one of which was created more than 25 years ago and is still in use today.

His newest invention consists of a laser sensor that measures vertical displacement of freshly mixed concrete placed into an insulated stainless steel mold. It determines the early age shrinkage that occurs in the concrete immediately after mixing. Less shrinkage at early age means less cracking will occur in the concrete, which leads to a more sustainable and crack-free structure.

In addition, Dr. Al-Manaseer is coauthor of Structural Concrete, Theory and Design, the foremost and best-selling textbook in the fi eld. The sixth edition was published in 2015.

While Dr. Al-Manaseer’s research, scholarship and inventions are legendary, he thrives most on working with students.

“That’s my life – I enjoy students and their successes.”

The Mineta Transportation Institute (MTI) is one of the Research Foundation’s most prominent programs, and sponsors each of the projects profiled below. MTI conducts research, education programs, and information and technology transfer, focusing on multimodal surface transportation policy and management issues. MTI is funded by the U.S. Department of Transportation’s (DOT) Office of the Assistant Secretary for Research and Technology (OST-R), the California Department of Transportation (Caltrans), and by other public and private grants and donations, including grants from the U.S. Department of Homeland Security. The Lucas College & Graduate School of Business is MTI’s academic home. 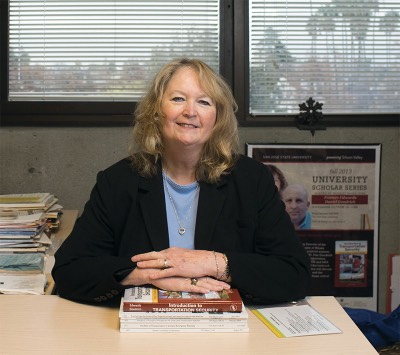 While writing a campus emergency plan for SJSU, researchers Frances Edwards (right) and Daniel Goodrich realized that one of the biggest challenges during a major disaster would be transportation. What happens when an earthquake or fl ood occurs and the conduit for assistance, the transportation system, is damaged or unavailable?

“Because we are an inner city university surrounded by freeways, we saw the need for a tighter focus on emergency management in transportation,” Dr. Edwards explains. “We sought to provide actionable training tools for those who are working in the field.”

Dr. Edwards and Goodrich subsequently wrote two publications: What Transportation Security and Emergency Preparedness Leaders Need to Know to Improve Emergency Preparedness, and the accompanying Handbook of Exercises for Transportation Sector Personnel. The publications provide guidelines for transportation agency employees on executing emergency relatedtasks, for example, getting medical caregivers where they need to go if roads are damaged by an earthquake or chemical spill, or widening a narrow road in cases of fires or mudslides.

Not surprisingly, the handbook has been well received, not just by Caltrans, but also by transportation agencies in other “disaster-prone” states that contend with wildfires, floods, and earthquakes. The complete research report and handbook are available for free download at transweb.sjsu.edu/project/1103. 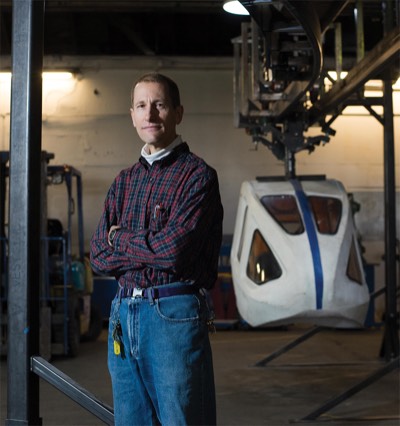 In a nondescript warehouse in downtown San José, an interdisciplinary group of fifty SJSU students is creating a next-generation system of truly sustainable urban transportation.

The project is a solar-powered automated transit network (ATN) where vehicles travel on a track elevated 20 to 30 feet above existing roadways. Aptly named the Spartan Superway, it is being developed by cohorts of students from mechanical, electrical, and computer engineering; industrial design; urban planning; and business, with guidance from Mechanical Engineering Professor Burford “Buff” Furman.

The ATN development project began in 2012. Early achievements included creation of a functioning 1/12th scale model, but the team more recently succeeded in constructing a full-scale section of operational guideway with a full-scale motorized vehicle cabin.

No market yet exists for the ATN, but Dr. Furman sees potential for future acceptance now that his students have demonstrated that the system is feasible.

“Our students have a vital and unique role to play in realizing the promise of solar-powered ATNs,” he says. “The whole enterprise is simultaneously advancing the system’s technology and educating the workers and entrepreneurs who will step into this new transit paradigm when it gains widespread acceptance.” 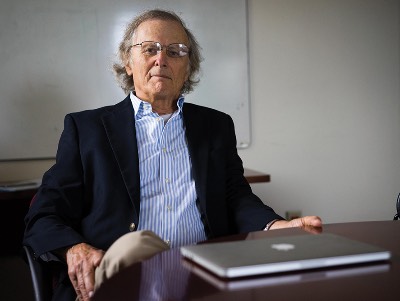 While the U.S. Department of Transportation and Caltrans have set strategic goals for increasing public transportation, most Silicon Valley commuters still avail themselves of their cars. Marketing & Decision Sciences Professor Steven Silver is investigating the underlying reasons as to why commuters make the transit choices they do, and what offerings might increase public transportation usage.

By developing models that examine transportation-related priorities as theyrelate to commuter demographics along local high-tech corridors, Dr. Silver is able to offer inference on policy in the design of transportation services. Is cost the most critical criteria for choosing whether to drive or take public transportation? Is convenience more important? Or is length of travel time a deal breaker?

“Here in Silicon Valley, people have a real alternative to public transportation – their cars and the relatively easy access to freeways,” Dr. Silver explains. “This makes it very competitive for public transportation agencies to increase ridership. We are seeking information on what sorts of transit designs and services will entice commuters to take public transit.”