For researchers in the Department of Physics and Astronomy, the sky is never the limit. They are exploring cosmic dust, galaxies, and things that matter – both visible and invisible. Here’s a telescopic view of a few of SJSU’s own stars. 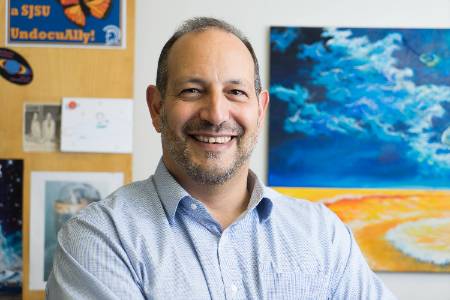 Along with managing the administrative responsibilities that accompany his position as department chair, Michael Kaufman actively pursues research relating to newly formed stars. With a recently awarded grant from NASA, Kaufman will be exploring a region of space where a very young star is shining ultraviolet radiation into its environment.

Much of his research will be done aboard the Stratospheric Observatory for Infrared Astronomy (SOFIA), a customized 747 housing a telescope with a diameter of 100 inches. This airborne observatory flies at 45,000 feet, above most of the water vapor in the Earth’s atmosphere, which allows it to peer into the dusty molecular clouds where stars form.

“The unique capabilities of this telescope allow us to detect atoms and molecules like oxygen, carbon, and water in order to understand the chemistry and physics that go on in the star-forming environment.” 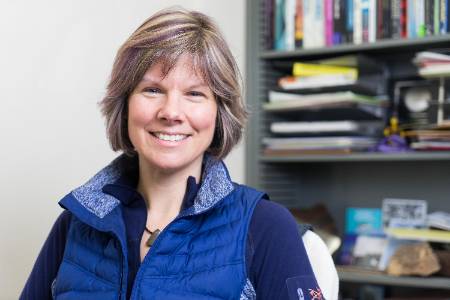 Early in her career, Monika Kress took up the challenging research field of dust grain activity in the chemical reactions that take place in star-forming regions. The fact that her Ph.D. advisor warned her it was an exceptionally demanding topic merely inspired her to go forward.

“I’ve always been drawn to difficult problems,” she explains.

In addition to conducting her research, Kress also became active in the Virtual Planetary Laboratory, a NASA Astrobiology Institute pursuing the overarching scientific question, “How would we determine whether an extrasolar planet is able to support life, or had life
on it?” That research examines planets’ interactions with their parent stars using discoveries and data gathered by NASA’s Kepler mission.

“We need students to pursue STEM disciplines, but we also need to make sure they get through their majors and don’t leave without a degree,” she explains. “Our goal is to reach those students with quality teaching and coordinated support.” 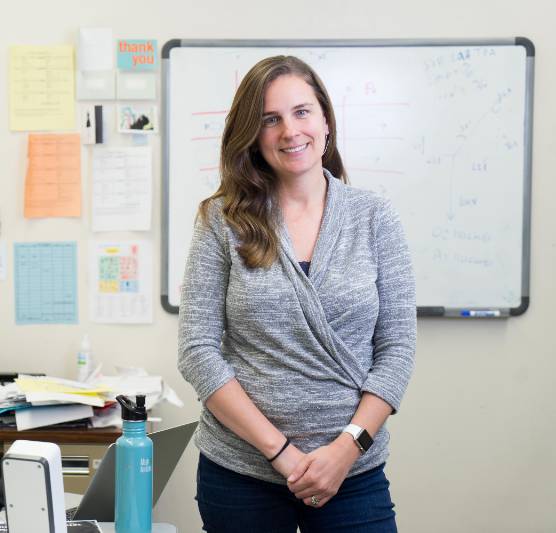 Seeking to help students understand physics, Cassandra Paul is implementing new tools for the study of classroom exchanges between students and instructors, particularly in the context of science courses. The computerized Real-Time Instructor Observing Tool (RIOT) assists faculty by providing them with data on student behavior and student-instructor interactions.

Some of Paul’s research also examines student-instructor exchanges that take place through assessments, written feedback and grading, and looks at whether students use the feedback they receive.

“We are interested in the implications of our findings for curricular reform and professional development. RIOT is not an assessment—rather, it allows us to investigate the ways in which learners and instructors interact productively when learning about physics in formal and informal settings. It’s just about what happens.”

Paul’s work also concentrates on reforming labs, workshops, and discussion sessions that are taught by TAs, as these are the most interactive settings for students.

“I’m focused on research and practices that help all students understand physics. Many find it scary and intimidating, but I believe that anyone can do physics.” 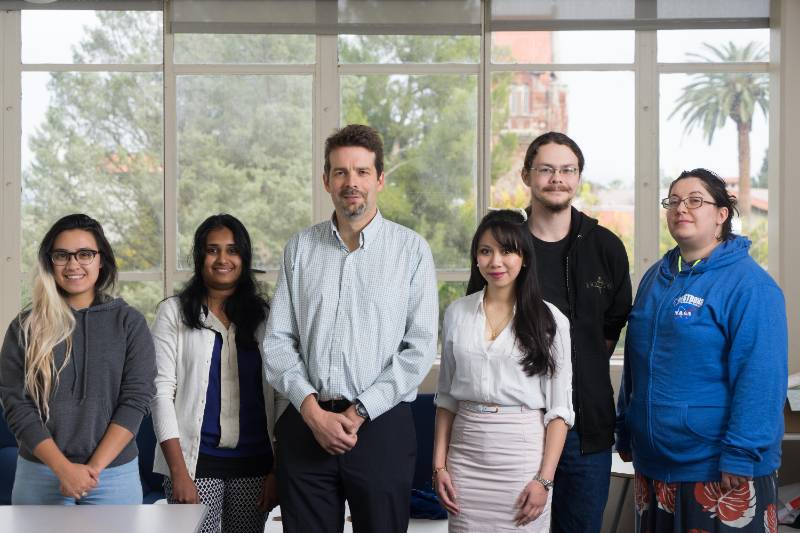 All the visible matter we see in the sky—stars, gas, and dust—makes up just ten percent of the substance in the universe. The rest, “dark matter,” fills the invisible space between the stars, and is the subject of Aaron Romanowsky’s research.

“Dark matter is comprised of materials of a nature still quite unknown,” states Romanowsky, who also studies galaxies and smaller clusters of stars. A prolific researcher, Romanowsky engages both undergraduate and graduate students in his work. Especially noteworthy are the accomplishments of two of his undergraduate students, Richard Vo and Michael Sandoval, who made historic discoveries in 2014 when they each found—within weeks of one other—a previously undetected ultra compact dwarf galaxy. Both have since gone on to graduate school in astrophysics.

Today his students’ interests include supermassive black holes, “fluffy” galaxies, which are almost too tenuous to see, and machine learning methods that teach computers to automatically classify celestial objects. Romanowsky expresses confidence in their determination and abilities, adding, “I’m looking forward to their discoveries.”